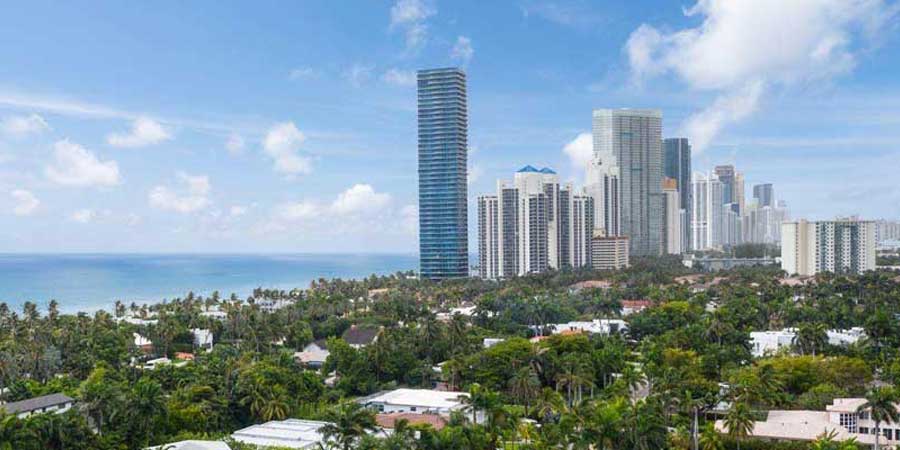 Golden Beach homes are nestled in an oceanfront community on the northeast section of Miami-Dade County, between the glimmering Atlantic Ocean and the Intracoastal Waterway. It is considered an exclusive and affluent neighborhood because it measures only one mile from north to south and about four blocks from east to west. As of the 2010 census, Golden Beach had a total population of 919.

Residing in Golden Beach makes you indulge in exclusivity and intimacy while also not being away from the large metropolitan areas such as Miami and Fort Lauderdale. It is favorable to fine dining, professional sports venues, cultural centers, and world-class shopping centers like the glamorous shops of Bal Harbour, the Village at Gulfstream Park, and Aventura Mall. Golden Beach also encompasses one-eight gorgeous private beaches with a historic beach pavilion and nine parks.

Golden Beach has been recognized as one of the most desirable locations in South Florida since its incorporation in 1929. This small quiet neighborhood has conserved its family lifestyle in a mile-long sanctuary of 364 single-family homes. With a committed sense of community that attracts talented and discerning residents worldwide, it is currently and formerly home to many well-known individuals, such as Microsoft founder Bill Gates, fashion mogul Tommy Hilfiger, actor Paul Newman, singer Ricky Martin, baseball slugger Sammy Sosa, and national radio host Thomas H. Joyner. It is also by car, conveniently located just 15 miles from Fort Lauderdale and 18 miles from Miami International Airport.

What Are Your Criteria?