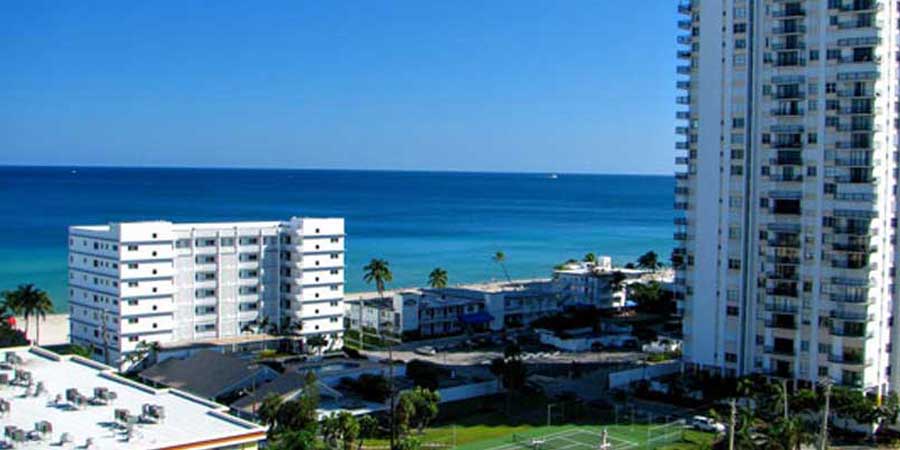 Hollywood homes feature a premier location that takes residents to an out-of-this-world beach living and earns its recognition as the “Diamond of the Gold Coast.” The City of Hollywood is a sub-urban beachfront community encompassing 27 square miles along the Atlantic Ocean between Miami and Fort Lauderdale. It is the 3rd largest municipality in Broward County, with a population of approximately 155,000. Even though Hollywood is part of the Miami metropolitan area, it conserves a distinctive small-town setting. It entices people looking for a safe, relaxed, and ethnically diverse place to call home.

Hollywood residents could never get enough of its vast array of distinguished hotspots and landmarks. Named one of America’s Best Beach Boardwalks by Travel + Leisure magazine and a Trip Advisor Traveler’s Choice Winner, Hollywood Beach Broadwalk is a one-of-a-kind oceanfront promenade that stretches nearly two and a half miles along the sandy beach. This brick-paver walkway is an oasis for joggers, bicyclists, rollerbladers, and anyone who would choose to take action from the convenience of one of the countless eateries and cafés along the way. Shopping in Hollywood can make you can quickly lose a day perusing what’s on offer. A handful of options nearby are available to those who crave a glamorous shopping experience.

Still, these two upscale malls are definitely on the top of the list: Aventura Mall and The Galeria. Perhaps Hollywood’s major draw is Hollywood Beach, a 7-mile stretch of sugar-white sand and turquoise waters that conjures portrayals of paradise. Although Hollywood Beach is very popular, it retains a calm, tranquil atmosphere that contrasts with neighboring beaches closer to Miami.

Hollywood offers various real estate selections, varying from high-rise condos with outstanding waterfront sceneries to cozy single-family houses. Hollywood Hills and Boulevard Heights are two more desirable neighborhoods, mainly consisting of more significant, ranch-style single-family homes completed in the 1960s. These neighborhoods attract those who want to be close to amenities while still slightly removed from the beach scene. If you’re searching for a home to purchase in the exclusive community of Hollywood, feel free to contact us at Thine Agency today!