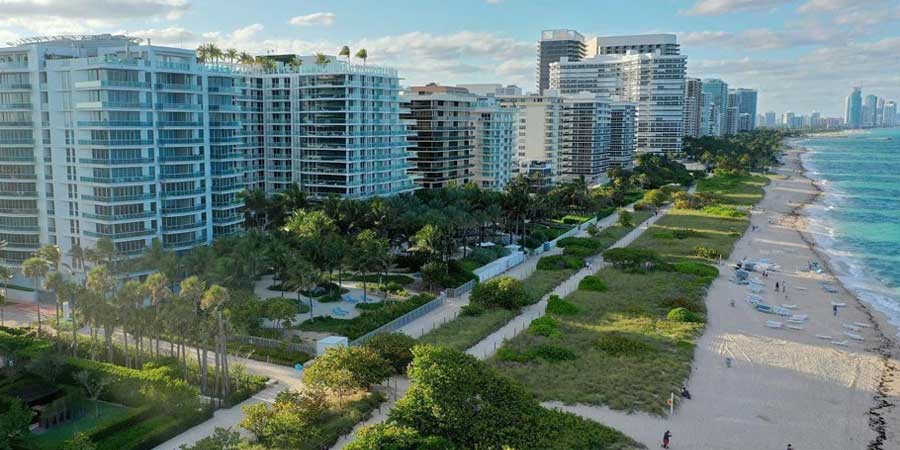 Surfside homes feature a charming oasis atmosphere, which gives off an unparalleled tropical lifestyle. Also widely known as Miami’s uptown beach community, Surfside is a tight-knit town spanning one square mile, perched between Miami Beach and Bal Harbour. The Atlantic Ocean settles against its eastern shore, and the Intracoastal Waterway is its western border.

Surfside homes residents can relish a wide array of spectacular, down-to-earth experiences. They can dine in various lavish restaurants such as Josh’s Deli, which offers a new twist on the typical Jewish delicatessen. Its hearty menu and traditional dishes take alongside more playful interpretations. Or bask in the sun with Surfside’s pristine white, sandy beaches proposing abundant space to spread out.

It is also a popular destination for families and those looking for a replenishing day under the sun. While walking around town, keep your eyes smoothed for the vivid Surfside sea turtle sculptures cultivated by local artists to raise awareness of sea turtle-nesting season, which runs from May through October.

Surfside homes are also conveniently situated a stone’s throw solely away from all of Miami and Miami Beach’s best. It is just a walking distance away from the world-class shops at Bal Harbour. Homes in Surfside are constructed in the Art Deco style and are seated on streets named after distinguished writers and poets, including Abbott, Carlyle, Byron, and Dickens.