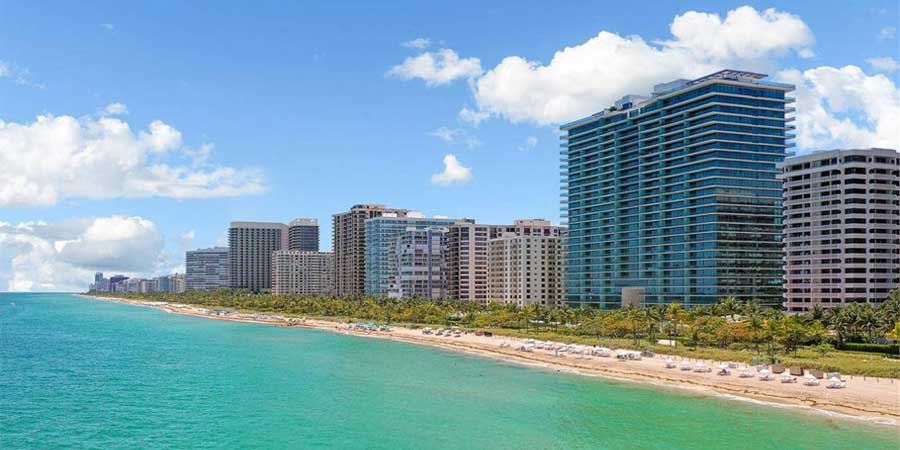 Bal Harbour condos feature an all-glamorous vibe, settling in South Florida’s most fashionable beach destination. Bal Harbour is a little slice of paradise, from high-end shopping to ultra-luxury resorts. A wide range of luxury designer brands such as Gucci, Chanel, Dolce & Gabbana, Prada, and Valentino can be found in the fabulous open-air shopping mall at the shops in Bal Harbour.

Affluent people worldwide flock to this stunning shopping mecca that brags beautiful gardens, loads of designer stores, and upscale restaurants, including Zodiac at Neiman Marcus and Carpaccio. According to Women’s Wear Daily, there is no other retail space in the nation than Bal Harbor shops that do more business per square foot.

Bal Harbour condos are nestled in one of South Florida’s most exclusive neighborhoods. Its population has fewer than 3,000 residents and occupies less than one square mile. Luxury condominium developments in Bal Harbour include the following: St. Regis Bal Harbour, Ritz Carlton Bal Harbour, One Bal Harbour, and Majestic Tower. These premier establishments can be found along its picturesque coastline. Bal Harbour’s hottest addition is Oceana Bal Harbour, completed in 2016.